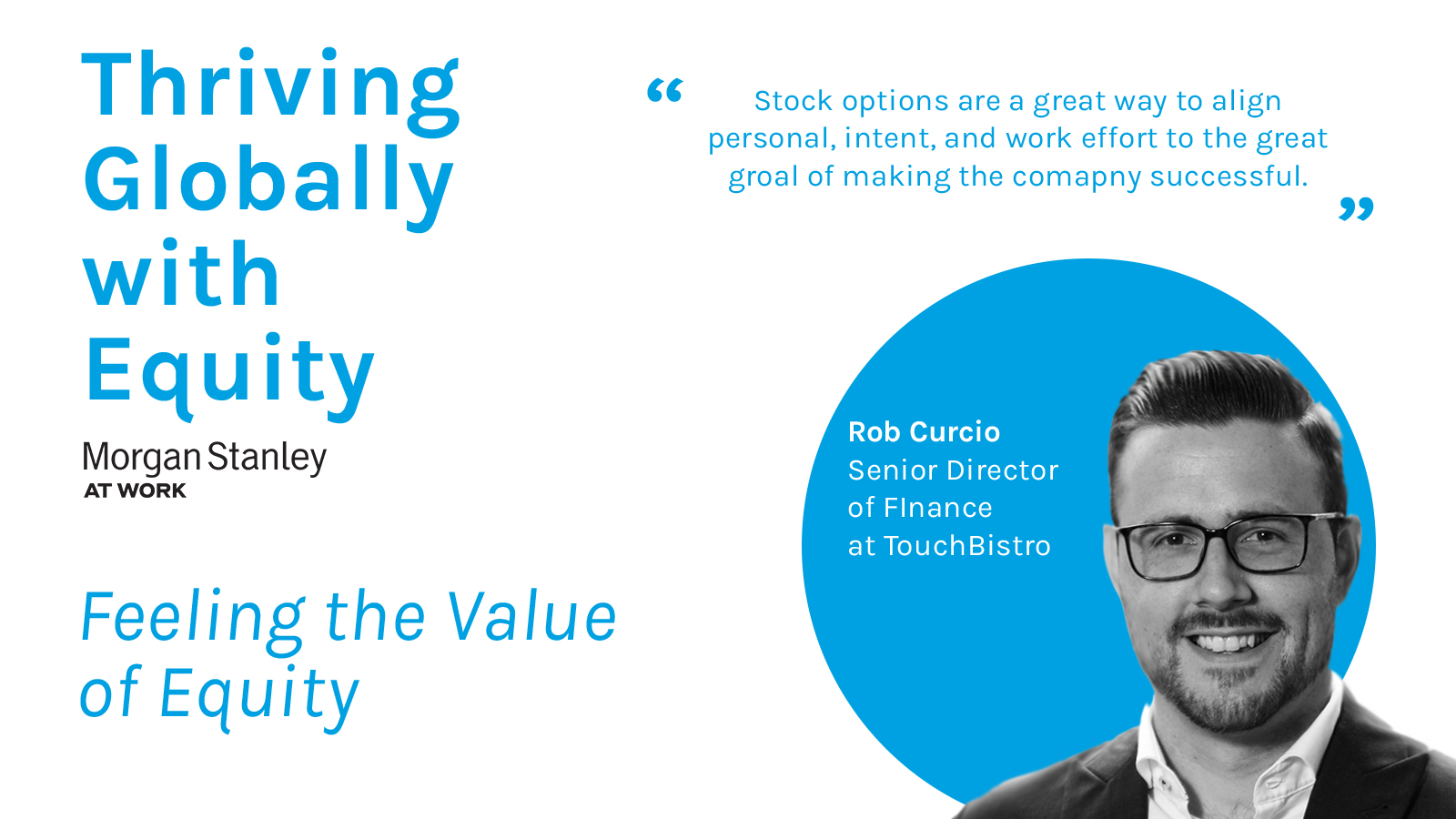 In the early days of a startup, equity can feel abstract. It’s like owning a piece of an idea or a slice of a business that doesn’t yet exist. For many employees, their stock is just a number on a spreadsheet, or even a piece of paper, devoid of any relation to the real world.

But as a startup grows and develops, everything changes. Today, when TouchBistro’s employees look at its cap table, they don’t just see an arbitrary number, they see a slice of a successful company.

In his four years as senior director of finance, he saw how growth and success transformed the company’s employee equity plan from a “nice to have” into a keystone compensation benefit.

Curcio started his career on the traditional CPA path. He studied accounting in University and eventually landed a role at PwC, one of the Big Four global accounting firms. His work there exposed him to dozens of different types of companies — legacy energy firms, newer utilities and rapidly growing startups. He gained invaluable insight into various industries, all kinds of company structures and different lifecycle stages.

But the tech sector, in particular, caught his attention.

“What attracted me to tech was the ability for companies of any size to come in and really disrupt the space,” Curcio says. “These companies have the ability to disrupt the ecosystem in a way that actually is helpful.”

In late-2016, Curcio connected with the former CFO at TouchBistro for a finance leadership position as the #2 in Finance. The brainchild of Alex Barrotti, TouchBistro was a restaurant point of sale system (POS) for the digital era. Servers no longer had to struggle with decade-old legacy systems. Instead, everything ran from modern iPads.

The opportunity was precisely what Curcio was looking for. He secured an interview and soon had his first job in tech.

When Curcio arrived, TouchBistro was still a small operation. He was employee 100. Its finance team comprised of just two people; neither were accountants.

But there’s nothing small about TouchBistro today.

In Curcio’s four years, the company’s headcount has increased 5X — up to nearly 500. It’s acquired thousands of customers in more than 100 countries.

As its profile grew, its employees began to see their equity as more than just a stock certificate or figure on a cap table. They were part-owners of the business and had Shareworks’ modern platform for employees to view their equity.

But it wasn’t just current employees who saw TouchBistro differently. The company was becoming a destination employer. People wanted to work there. They wanted a piece of the pie.

“Equity is a common question now that we're pegged as one of the top tech companies in Toronto,” he says. “It’s top of mind for employees joining us and we've had employees join us from big-name companies.”

What you’ll learn from TouchBistro:

Because of their narrow focus, sector investments tend to be more volatile than investments that diversify across many sectors and companies. Morgan Stanley at Work services are provided by Morgan Stanley Smith Barney LLC, member SIPC, and its affiliates, all wholly owned subsidiaries of Morgan Stanley. CRC 4714236 05/2022